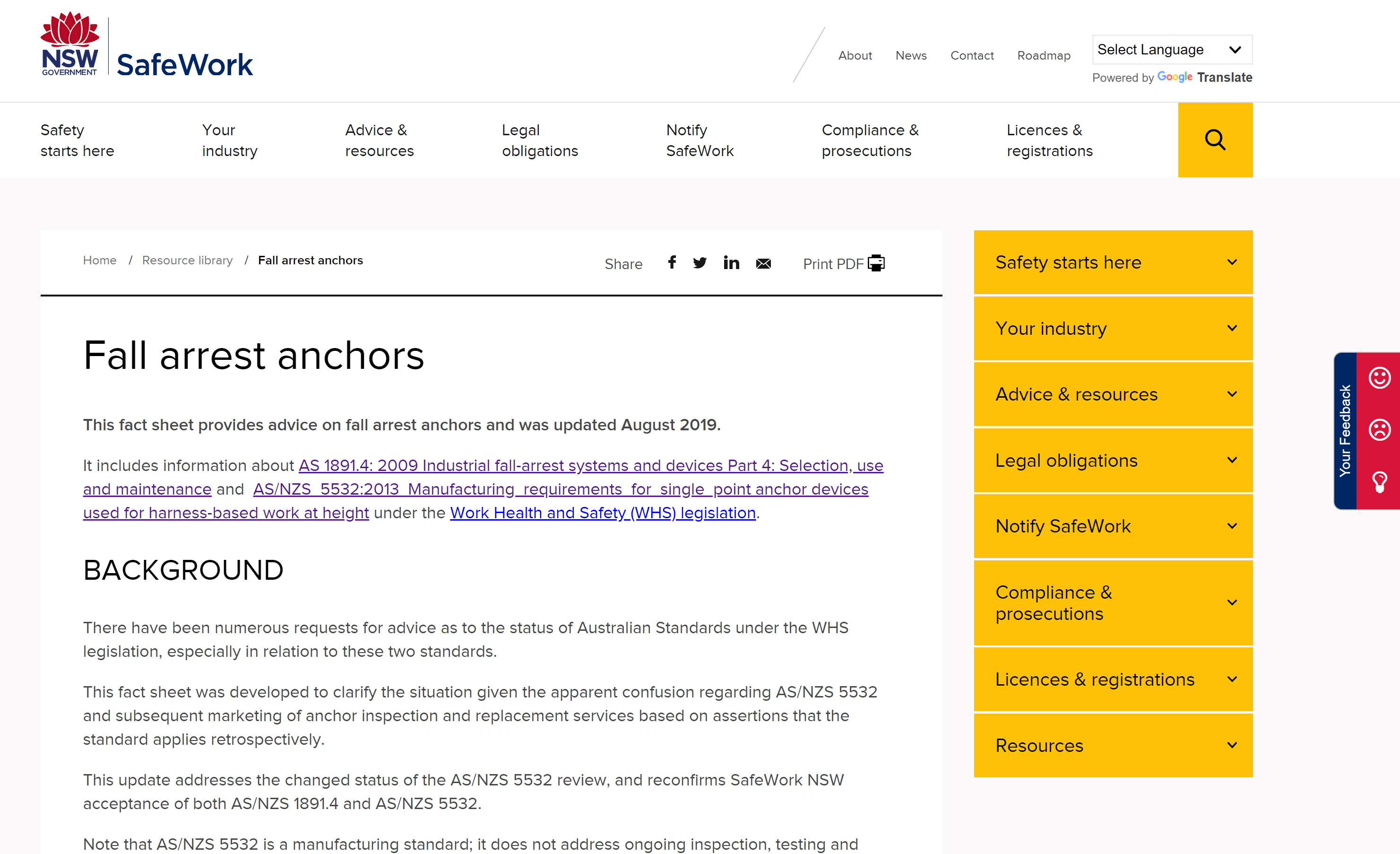 THE FOLLOWING INFORMATION IS TRUE AND CORRECT AS AT 2021

ANKAme roof anchors have been strength tested as per AS/NZS 1891.4:2009 testing requirements, single point anchors up to 15KN of "Static load" (approximately 1.5 tones of load) in directional use. Witness tested by Test Safe Australia a division of SafeWork NSW, that at the time of testing were NATA accredited for testing roof anchors to AS/NZS 1891.4:2009

AS/NZS is currently under review by SafeWork NSW, ANKAme will carry out no additional testing until current standards have been reviewed and updated, as advised by SafeWork NSW.

There was broad agreement among the participants that the forum was a first step for all stakeholders to agree on the key issues, and not a platform to consider solutions to the challenges.
Participants broadly agreed on a potential scope for future revisions to the Safety Standards. The three areas identified for potential review were related to test requirements for manufacturers, specifically:

The Work Health and Safety legislation, SafeWork NSW has published a fact sheet explaining their expectations.
Find out about the guidelines and expectations now set by Safework NSW and Safety SAI Global.

The fact sheet has been developed to clarify the situation given the apparent confusion regarding AS/NZS 5532 and subsequent marketing of anchor inspection and replacement services based on assertions that the standard applies retrospectively.

Safety Standards Australia is also currently reviewing the non-mandatory AS/NZS 5532 standard based on the outcomes of an industry forum hosted in February 2015 with a view to issuing a revised standard.

Once Standards Australia complete their review and publish the revised standard ANKAme will be able to work to ensure all their products comply with this new standard.

In the meantime, you can be assured that ANKAme products undergo thorough stress tests and comply with the relevant AS/NZS 1891.4: 2009 and AS/NZS 1891.2: Supplement 1:2001 standards, so with ANKAme product your workers will all work safely at Heights.

(ANKAme roof anchors have been independently tested by a NATA Accredited company specifically for testing roof anchor points to AS/NSZ 1891.4:2009 proudly tested by Test Safe a division of SafeWork NSW)

SHOP ALL
Installers
Signup to our newsletter for special offers!